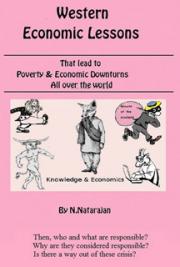 Economic Theories and processes have deviated from the intent and natural path. The Ecconomics is all about people who produced the products & services, the Products& Services and the consumers who producced products and consumers. It is about
The theories can be traced to Colonial days when Aggressing nations developed processes to create wealth from the natural resources (LAND) of conolized countires, Elite in the society close to aggressors as (investors) and Labor of Citizens and help the enterprise in generating wealth that was stashed away to aggressing countries. While citizens were eligible only for labor (that too when there is a work to do) the wealth of the nation were shared between aggressors and the elite.
Developed nations added a top layer, sharing of nation’s wealth with a formula 80:20, which esrtwhile colonies, third world countries do not have. The entire wealth of the nation is either stashed awy to other countries or cornered by Leaders & corporates only.