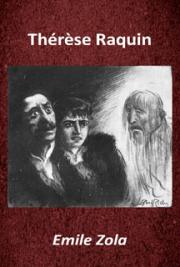 Thérèse Raquin is the daughter of a French captain and an Algerian mother. After the death of her mother, her father brings her to live with her aunt, Madame Raquin, and her sickly son, Camille. Because her son is so ill, Madame Raquin dotes on Camille to the point where he is selfish and spoiled. Camille and Thérèse grow up side-by-side, and Madame Raquin marries them together when Thérèse is 21. Shortly thereafter, Camille decides that the family should move to Paris so he can pursue a career.