The Wreck, by Rabindranath Tagore 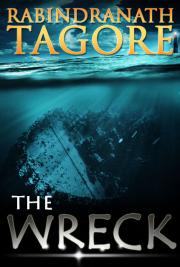