The Whistle Blower on Corrupt Science Overview, by P.S.J. Schutte 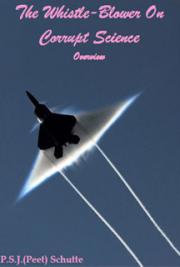 Science went corrupt when Edmund Halley in 1705 sayd he used the physics formula of his friend Isaac Newton to calculate the route and time that the comet that was named after him would arrive. He said he used the formula of Newton to calculate the rout the comet took. I do go into the comet as such but in this book I touch on the subject. In this book I show how Newtonian science started to go corrupt in 1705 with one conspiracy to cheat and became the corrupt myth it now developed into. How do I know Halley did not use the mass pull mass idea because if he did then how did he calculate that the comet was cyclic or that it returns every seventy-six years. If mass pulled the comet to the sun what then pushed to comet back into outer space? How did he know the mass of Halley’s comet? Nobody then asked questions. No one asks uneasy question…except I. I show the fake science we have. Newton and Halley got away with corrupt science. Today Newtonians get away with corruption.