The Watchman, by Matt Langford 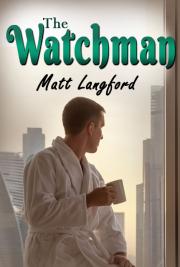 The Watchman tells the story of Adam. A young man with a learning difficulty. Through Adam’s eyes we follow him and his family through struggles, upheavals and the ultimate breakdown of both the family and his unit. Adam has simple tastes and simple needs. He loves nothing more than a cup of tea and a window to watch from.
His encounters include an unforgettable Christmas with his gran, a brother and a sister who grow older and moved away, a father who is loving yet distant and a mother who holds everything together despite hoping for a lot more out of life. The story ends in tragedy as Adam’s worst fears are realised. His family disbands and is gone forever. Unable to cope with this simple progression, he endures an horrific breakdown which destroys his entire world.