The Secret of the Night, by Gaston Leroux 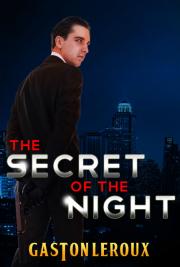 Three attempts on Russian General Trebass’s his life have failed, but the Czar is determined to keep him alive. The Czar assigns the redoubtable, French detective reporter, Rouletabille to the case. It quickly becomes apparent that one of the General’s own retinue is in league with the assassins! Why?