The Religion of Babylonia and Assyria, by Theophilus G. Pinches 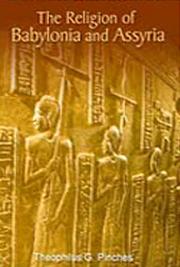 Though there is no proof that ancestor-worship in general prevailed at any time in Babylonia, it would seem that the worship of heroes and prominent men was common, at least in early times. The tenth chapter of Genesis tells us of the story of Nimrod, who cannot be any other than the Merodach of the Assyro-Babylonian inscriptions; and other examples, occurring in semi-mythological times, are En-we-dur-an-ki, the Greek Edoreschos, and Gilgames.