The Pit, by Frank Norris 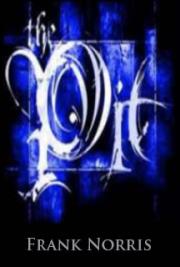 After marrying Laura, the conservative speculator, after making a nice profit on the wheat market, becomes obsessive over controlling it. As his wealth grows in a short period of time and for a while he captures the market. Ultimately, though, the market corrects itself and he must save his fortune as well as his wife, Laura, whose love begins to flee from lack of attention from Jadwin.