The Personality of American Cities, by Edward Hungerford 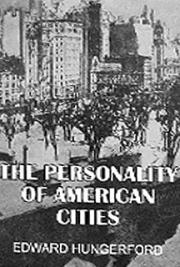 This book has been in preparation for nearly four years. In that time the author has been in each of the cities that he has set forth to describe herein. With the exception of Charleston, New Orleans and the three cities of the North Pacific, he has been in each city two or three or even four or five times.