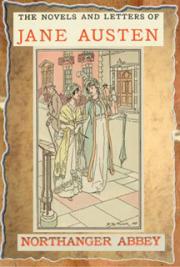 V.IX- Northanger Abbey. The Original Books Collection. Jane Austen (16 December 1775 – 18 July 1817) was an English novelist whose works ofromantic fiction, set among the landed gentry, earned her a place as one of the most widely read writers in English literature. Her realism and biting social commentary has gained her historical importance among scholars and critics.