The Haunted Man and the Ghost’s Bargain, by Charles Dickens 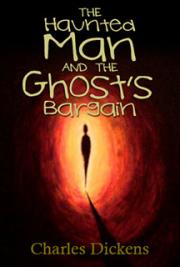 Far be it from anyone to assert that what everybody says must be true. Everyone is often as likely to be wrong as right. In general, everyone has been wrong so often, and it has taken in most instances, such a weary while to find out how wrong, that the authority is proven to be fallible. Everyone may sometimes be right; “but that’s no rule”, as the ghost of Giles Scroggins says in this Dickens story. Download it now!