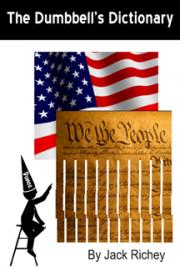 The author contends that over the past several years, America has gone off the rails. In the acerbic tradition of Ambrose Bierce and Henry Mencken, he focuses on an overweening federal government and its nanny state. He criticizes the therapeutic culture; the power of teacher unions; runaway federal spending that is bankrupting America; and much more, including bits of humor injected as leavening.