The Bell-Ringer of Angel’s and Other Stories, by Bret Harte 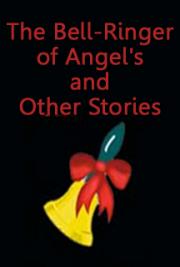 Bret Harte’s witty, sometimes heart-rending tales of frontier California, earned him acclaim during the 1860s as the new prophet of American letters. His books, The Luck of Roaring Camp, The Outcasts of Poker Flat and M’liss, helped establish the foundations of western American fiction.