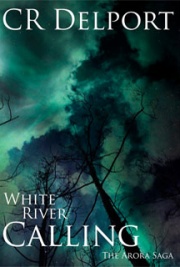 Planet Earth. Every year the planet is pummeled with hundreds of solar flares from the Sun, but Earth is protected by its own magnetic shield. When a series of intense solar storms disrupted this natural barrier, it caused a worldwide drought.
At the birth of this harsh new world, a stranger woke with no memory. Barely alive, he stumbled into the small town of White River. Not trusted by the locals, the stranger befriended the Sheriff’s sister. Linda Carter not only gave the stranger a home, but also a name.
After the Army failed to deliver their monthly water supply, many in town considered leaving, but on Linda’s farm, the stranger found a source of water that saved them. The man that they didn’t trust became their savior.
When Linda is kidnapped by murderous raiders, the stranger shows his true colors and abilities. With the help of new friends, he has to attempt the rescue of the woman he loves.