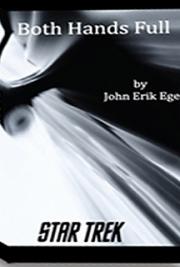 Admiral Pressman has lost control of a secret project, the first joint Federation Klingon vessel, a hybrid of technologies from a number of species. Garcia is recruited to recover the ship, and the prototype weapons capable of destroying whole planets: a modified Genesis Device, which is a violation of the Federation Klingon treaty. Unfortunately for Garcia, he discovers too late that the ship itself has illegal technology; it has an operational phase cloak, an extension from the Pegasus Project, which if discovered, could start a war with the Romulans. As Garcia chases down the stolen weapons, he is being pursued by the Federation–namely Picard, the Klingons, and the Gorn, all the while trying to prevent the situation from escalating into a Interstellar War of epic proportions. Download this FREE e-Book today!