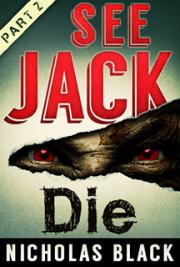 See Jack Die (Part 2 of 5) Jack Pagan might as well be 4½ months old. He awoke in a hospital after suffering a head injury that left him dead for over 67 minutes. All of his longterm memories were destroyed. Now he has to start his life again. But his accidental flirt with death left him a special gift. In those few minutes as he fades off to sleep each night, and in those early hours of the morning as he numbly awakens… he sees them.
In a series of incredible twists and turns, Jack finds out that the worlds of the living and of the dead are much closer than any of us can possibly imagine. And monsters . . . are real.
Also in the Series:
See Jack Hunt