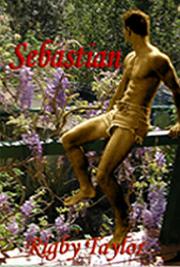 Sebastian is an enigma. Everyone likes him, but no one knows anything about him. He wears clothes only under protest, but no one seems to mind. To say his home life is unusual would be like saying the Amazon is a stream. Bizarre doesn’t even begin to describe his upbringing. He doesn’t know who his father was, he’s used as a therapist for broken youths, and yet he’s managed to remain a ‘normal’ and thoroughly nice guy; if one is prepared to see beyond his penchant for nudity. In this fast paced tale of criminal intrigue, abductions and mayhem, Sebastian and his boyfriend, Reginald fight for their lives against the big moneyed bad boys. WARNING: Adult Content