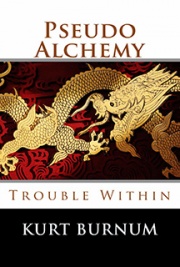 Standing alone in the midst of the dragon’s home. That sacred place which lies deep in the lives and times of the human race, its existence here on earth, and to those who have been created using the complexity of the truth. The truth that lies completely within the soft underbelly of man’s creation here on this earthly plane. All of which has been achieved by using the inner strength, and its superior spiritual guidance that is demonstrated in the form of the human race! So, in order for it to be reckoned with by another while in the midst of the turmoil that’s been laid down by the rulers of the Royal Race of the Zodiac. A little known gambler by the name of Filagree must learn to understand the inner workings that have been created using a mystical machine whose design, and schematics are laid down in the continuity of the lines and patterns that make up the inner workings of a star’s quality, its alignment to a constellation, and to its planetary movements that have been encircled around it. Also, to those of the lonely ones who have been controlled by the formation of gravity and only transcended by the higher power of an eternal soul versus the seeming endless power of the energy used by those of the stars!