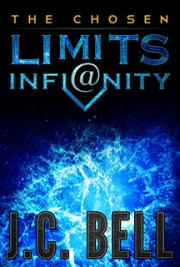 The powers of the Chosen are growing, but so too grows the power of the Void. It is, and has ever been, unstoppable – even for the Maker. And now, the Void is more powerful than ever. Only by uniting do the Chosen stand a chance against it. The powers of good and evil, light and darkness must come together as one. Divided, they all will die. But first, they must reach the besieged city of Lock Core, where the Dark Army is spilling into their world. And during their journeys, they must learn that there are many paths to the city, but only one path will lead them to victory. To follow the Maker’s path . . . it is the only way. Though the path was paved for them ages ago, they must find it soon, else the Void reclaims all of creation.