In And Out Of Egypt, by George Loukas 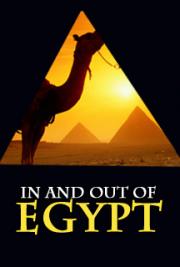 After the 1952 Revolution by Gamal Abdel Nasser, the foreign communities or “colonies” slowly faded away as their members drifted out of Egypt. Some Italians but mainly Greeks and Armenians were the last to go, especially the ones with established and thriving businesses. It is in this context that the three stories take place. The starting point is Egypt but the ending is somewhere else. “The Suitor” is a high school romance that endures for many years despite the many miles of separation before its surprising evolution. “Irrational Equations” narrates the memories of young Greek who studied in the US and returns there twenty years later. “Rhea and Cousin Harry” is about the fascination and fixation of a young man for a married woman. It takes place in Cairo and ends in Athens.