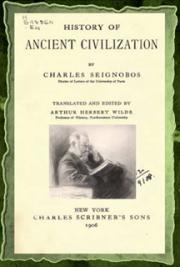 Charles-Victor Langlois (May 26, 1863, in Rouen – June 25, 1929, in Paris) was a French historian and paleographer, who specialized in the study of the Middle Ages and taught at the Sorbonne. Langlois attended the École Nationale des Chartes and earned a doctorate in history in 1887. He taught at the University of Douai before moving to the Sorbonne. He was director of the National Archives of France from 1913 to 1929. His 1897 work Introduction aux études historiques, written with Charles Seignobos, is considered one of the first comprehensive manuals discussing the use of scientific techniques in historical research.