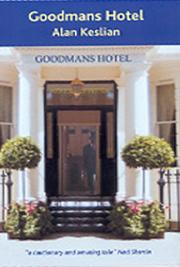 A view of life through the eyes of a gay man. As pressure mounts in his job in the City of London, Mark decides on a radical career change, and sets up a gay hotel–the Goodmans Hotel. He is irresistibly attracted to Tom, a local handyman, and he takes in an 18-year-old runaway, Darren, who is escaping from his parents’ religious bigotry. Mark comes to think of Tom, Darren, and Tom’s boss, Andrew as his family. Then a crisis forces Mark and Tom apart, until eventually the family is reconciled and reunited in the final chapter, their understanding of life deepened by the challenges that they have faced. Download this FREE e-Book today!