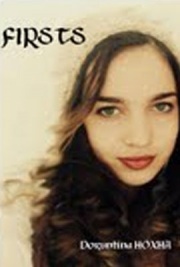 Just because we don’t know, doesn’t mean things don’t happen, things so evil, they’d leave even the devil to shame.
A young girl who has been mistreated her whole life finds herself running from her past once again with the nightmare that’s been haunting her every day of her life, right behind her. Thankfully, fate decides that it’s time to lend her a hand, and it does so in the form of a real life hero that stands by her side gives her what she never had and most needed: protection.
Paxton Chase is a man who’s been thrown into life much too early, with a father who never lets him breathe and a mother who is never sober. He is fascinated by a girl he only met days ago and struggles to figure out why is it that he feels so drawn to her.
When the past breaches the surface and shows them that things are not what they seem, will they be strong enough to move on their separate ways, or is that a fate heavier than even death?