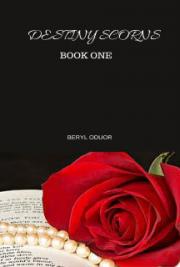 In an alternate universe where technological development is retarded but the mental capability has exponentially increased. people have the ability to be at one with, and manipulate the elements. Kingdoms still exist and people are reigned by kings and queens, war and battles are weekly occurrence. The existing queen is about to retire but the succession is uncertain. So many dark secrets are revealed. Secrets powerful enough enough to change the history and the future of those people. With the possibility of great change, great fear engulfed some people and they would do whatever it took to stop what was coming.