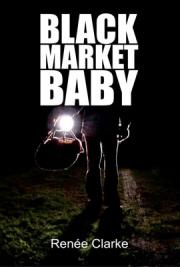 Black Market Baby reveals my life growing up as an adoptee . . . with its inherent sense of rootlessness, abandonment and denial. Half the U.S. population (140 million Americans) have an adoption in their immediate family. There is an estimated seven million, or one-third of the Canadian population, involved in the triad of adoption.
I was born in Canada in 1940. Pregnancy outside of marriage was a disgrace and young women who found themselves in such situations were whisked away and dumped into convents or hospitals. Babies were taken out of the arms of young mothers, often without their consent and sold to married couples. They were smuggled across the U.S./Canadian Border. Papers were forged or destroyed. They were called “black market babies.” I was one of these children.
The writing of this book made my adoption real to me. It chronicles the life journey and search for birth parents, evolving into an epic tale of illegitimate babies sold illegally through adoption rings operating in Montreal, Quebec, and the northeast United States during the 30s, 40s and early 50s. This intriguing account is told against a backdrop of historical events from 1940 to the present day.
I was faced with the shame of unwed mothers, the shame of being different, the shame of being abandoned by my own mother and born of a questionable past. My parents didn’t tell me until I was eleven years old, a mistake made by many, and I spent most of my adult life ignoring the fact of my true origins. It wasn’t until I was forty-eight that I began to face the truth and start searching.
This story exists on many levels: adoption, divorce, politics, mystics and psychics, backpacking into the wilderness to find solace, facing health issues, dealing with three daughters, dropping out of the clichéd housewife existence to living the alternative lifestyle of an artist, which has always been my secret desire. It shows the difficulties of coping with the truth about my life and facing the realities of who I am . . . it is a story of discovery.