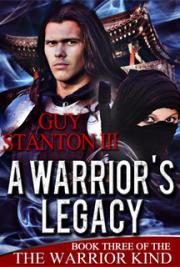 The powers of darkness have been vanquished on Rorics world or have they? The revival of having the word of God has brought victory on every front throughout Rorics world but Roric is disturbed when one of his twin sons, Gavin, comes to him in the night with a vision of a people strange to them. The vision is clear, there is a people that is in need of deliverance from darkness but it is not clear where such a place could exist.
Roric consults the guardian of secretes beneath Thunder Ridge Castle only to discover that he did not know his world as well as he thought he did. There is another land called Assoria. To protect Gavin during his ministry, Roric sends his capable warrior son Zevin to accompany his brother on a mission to enlighten the souls of the people of Assoria.
Will a son of Roric find his legacy and rise to be king? And lead an army such as has never been seen before to destroy a sorcerer who wishes to rule supreme over all?