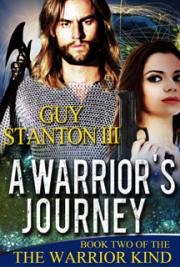 Its been over twenty years since the fateful day that the might of the Zoarinian Empires great army was destroyed in Valley Lands. Since then it has been a time of peace and prosperity under the guidance of Roric Talont.
Another war coming to the Valley Lands? A dark war not able to be won by the sword alone? The past two years have been uneasy ones for Roric. Rumors of a dark cult and its increasing influence have been spreading throughout the Southern Settlements. Roric fears that its only a matter of time before it invades the Valley Lands with its darkness of belief.
Will the people resist its dark influence? A war has begun in which a sword might not even be raised to win the hearts of the people. How does one fight an idea that has the backing of a dark leader that endows his followers with powers that terrify the soul? How can Roric inspire faith in the people, when the people don’t have the leadership they need.