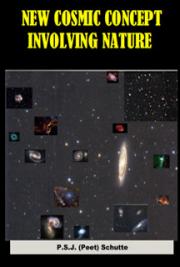 Science hides many things about nature to favour Newton. Do you know what a star is, what forms a star inside, why there are stars, what a galactica is why stars are in a galactica, why the Universe is the way it is and why there is a Universe, why the sun and all other stars are what they are. Why do stars explode and what happens when the star explodes. Do you know why the solar system formed as it did and why the sun is so big compared to the planets? I decipherer 4 building blocks nature uses to build the Universe. Science knows what they are but could never decipher them so science rejected them Read how nature and not Newton forms the Universe. I show the Universe before it created the Big Bang because I found the building blocks that build the Universe. Read and you will know too.